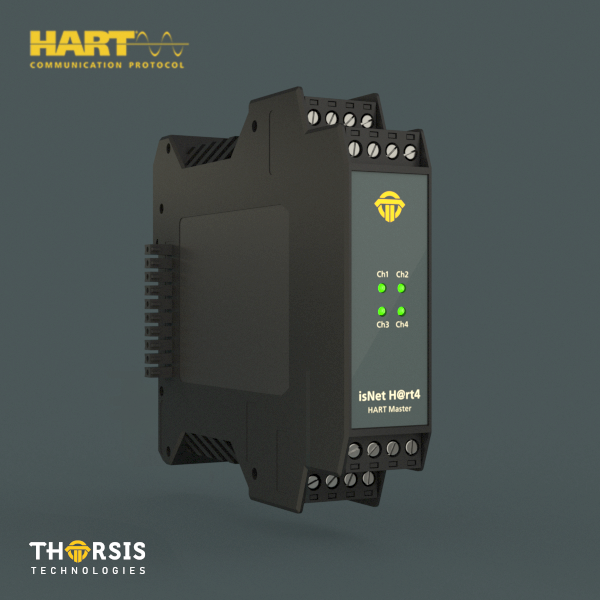 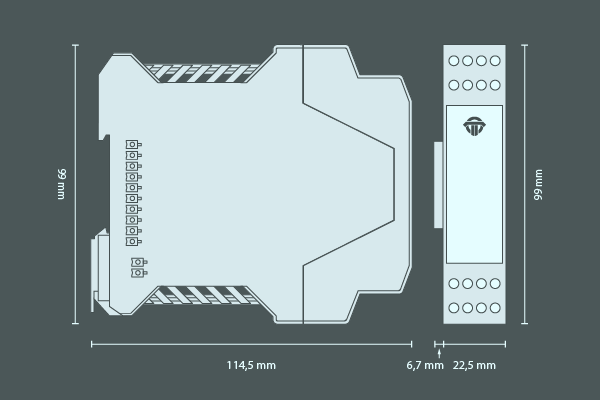 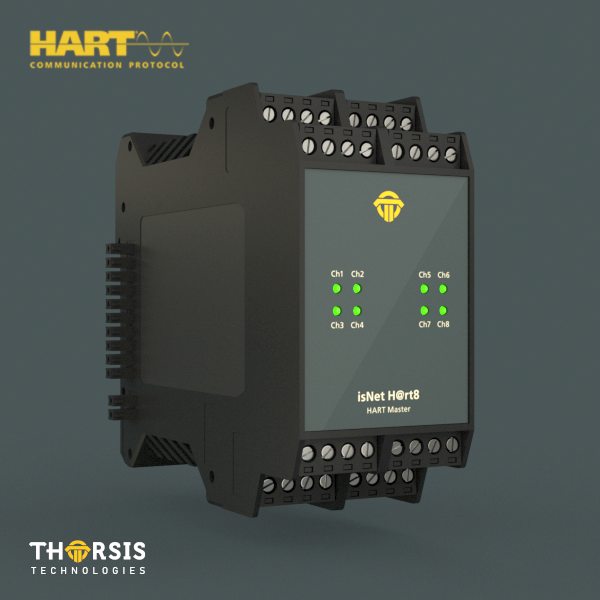 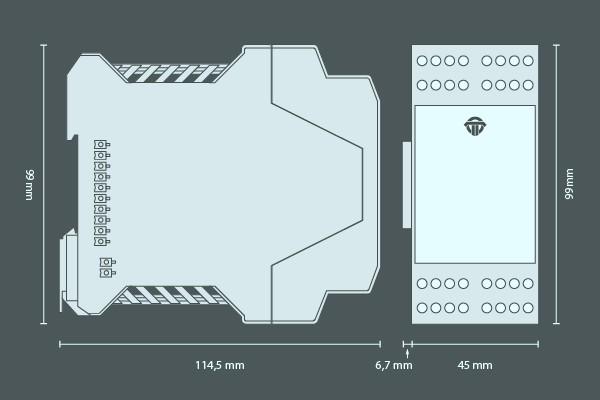 The isNet H@rt Module extends the main module isNet Lite to work as an HART-Ethernet gateway. The HART Ethernet gateway is an up-to-date option to replace the widely used RS485 HART multiplexer solutions as it enables the direct connection to the existing data network of a plant. Since every HART channel possesses its own HART modem, the isNet H@rt module can handle all channels in parallel and take advantage of the high bandwidth of TCP.

The isNet H@rt modules are equipped with either four (single width) or eight (double width) channels. Up to five HART modules can be connected to the main module, so a maximum of 40 HART channels can be operated in parallel. Every channel provides galvanic decoupling from the HART line. Access to the HART network is achieved by 8 plug-in screw-type terminals.

With the isNet H@rt CommDTM, the modules can be integrated into your FDT framework. Due to the support of the HART over IP protocol, the isNet H@rt can also be used with the HCF OPC server. 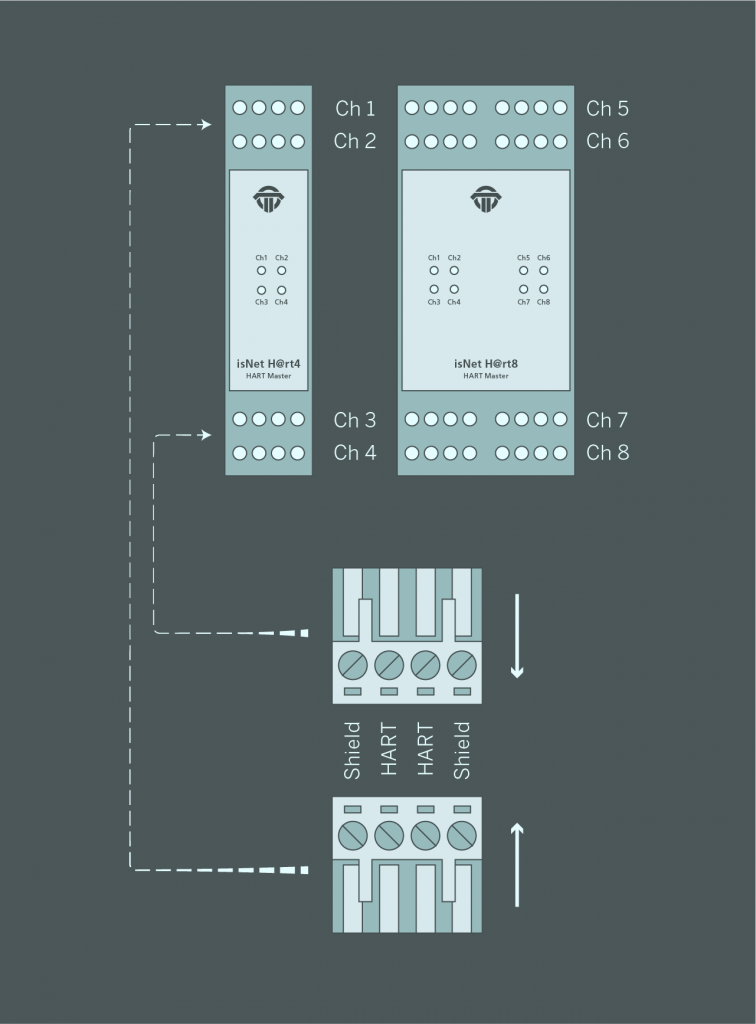 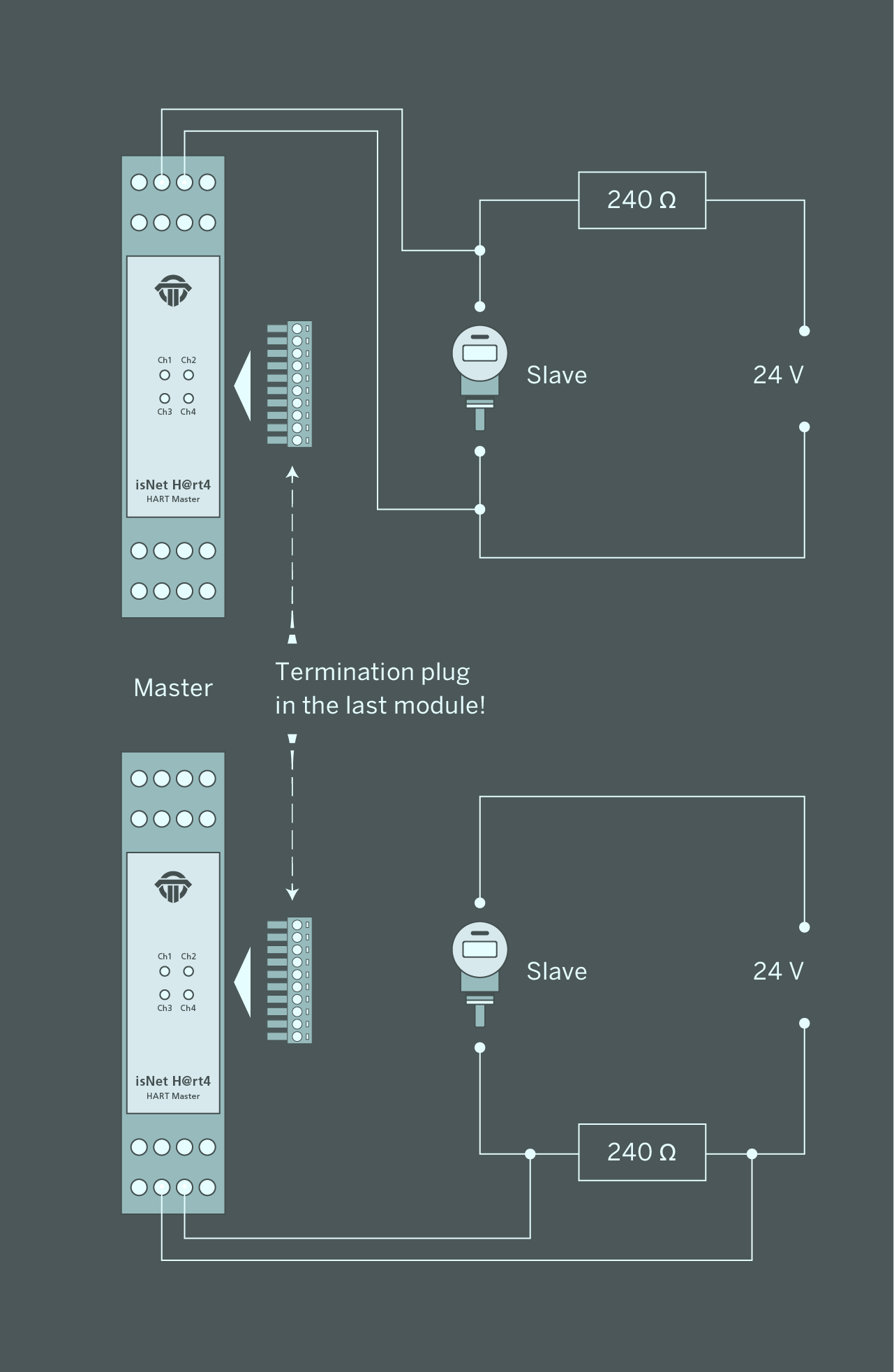 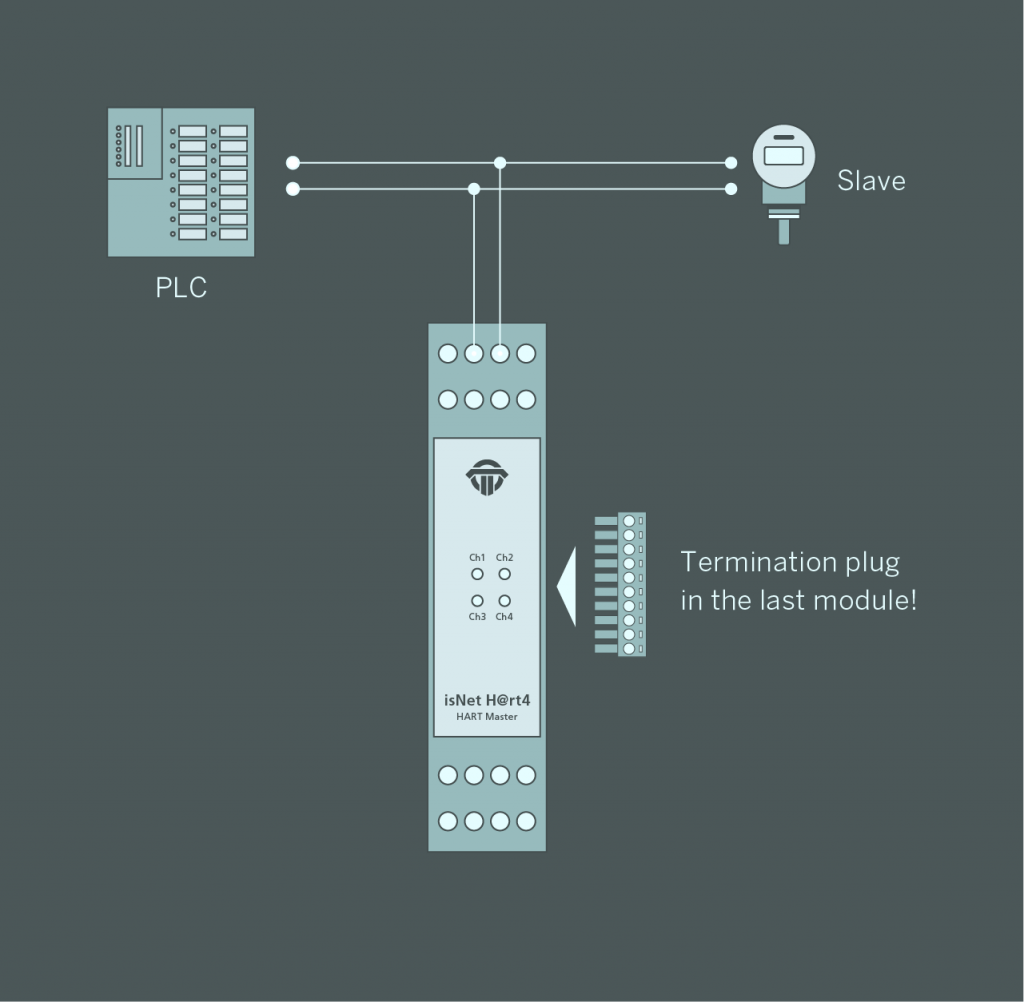 Back to our GATEWAYS
Alexander Hermann2022-05-11T10:21:51+02:00
FacebookTwitterLinkedInWhatsAppEmail

You can find out more about which cookies we are using or switch them off in settings.

This website uses cookies so that we can provide you with the best user experience possible. Cookie information is stored in your browser and performs functions such as recognising you when you return to our website and helping our team to understand which sections of the website you find most interesting and useful.

Strictly Necessary Cookie should be enabled at all times so that we can save your preferences for cookie settings.

This website uses Google Analytics to collect anonymous information such as the number of visitors to the site, and the most popular pages.

Please enable Strictly Necessary Cookies first so that we can save your preferences!